The EDSSI project
Expected activities
Get in Touch

The most important event for EMREX this year was the General Assembly which took place on June 15th, a week after the online EUNIS congress. As most events this year it was not an ordinary meeting, because it was held entirely online.

The meeting gathered 23 participants from 12 countries, including China and Japan. The meeting went surprisingly well and the ongoing pandemic would certainly set a new standard for the need of business travel. The agenda covered the usual items, like yearly report from the Executive Committee, plan for the current year and usage statistics from the running NCPs but also other items.

The last year’s Annual Assembly identified a need to update our statutes. The Executive Committee worked on this during the year and a new suggestion was introduced and accepted. The main differences are a simplified application procedure and an improved voting procedure. The updated statutes are presented in another section of this newsletter.

Another important issue on the agenda was, next to yearly report and forecast for 2021, the election of all the positions on the EMREX Executive Committee. See separate section on this.

New members were proposed and accepted at the meeting. We warmly welcome the following new members!

Additional information can be found here.

At the general assembly in June I was elected as Chair of the EMREX user Group Executive Committee. It is a great honour especially since I come after Jan-Joost Norder who has done a magnificent job as Chair. Many thanks for the work Jan-Joost!

I would like to share a few words about myself. I am employed at Linköping University where I work as Operations manager and Head of Student Information System. I have however a long history working for the Swedish Ladok Consortium, which develops, operates and maintains the Student
Information System Ladok. This Consortium now consists of practically all higher education institutions in Sweden and this is not by law or force but because the product meets the needs of the members so well that they all have joined voluntarily. All HEIs influence the development and all actual requirements gathering is done by individuals from the member universities, like me. Even the development is done by a university – Umeå University.

With this said about me I look forward to lead the work of the Committee. Some of us have been in the Committee for a while but we have one new face, Igor Drvodelić from AZVO in Croatia. I like to give a special welcome to Igor!

The new Executive Committee, elected at the EMREX General Assembly, has a strong presentation of technological, educational and business insight and gathers people who offered their time for keeping the EMREX running. The Executive Committee of EMREX for the period 2020-2022 consists of the following members:

The EMREX network having been growing and the service becoming more established and the Executive Committee recognized last year a need to revise the EMREX statutes. The goal was set to making it easier and clearer to join the network and encouraging creating value to the network. The proposal for the new statutes was sent to EMREX members with a request to deliver comments and questions to the Executive Committee. The revised statutes were then proposed, discussed and approved at the Annual Assembly meeting.

The main changes in the statutes are as follows:
• All full members have voting rights and at least one vote. Full members get an additional vote for providing data for secondary level education. Countries running EMREX registry (EMREG) get an additional vote. Thusly, one member can have a maximum of three votes whereas in
the previous statutes only one vote per country was permitted.
• New full members are approved by a vote of the current full members. There is no requirement to confirm the memberships at the Annual Assembly.
• The Executive Committee has the right to remove any NCP’s from the EMREG that have not been functional for one month. The NCP can be reinstated when the NCP is functional.

The EMREX Executive Committee applied for a project funding from the Vietsch Foundation and in June we got good news – the application was successful!

The project consists of two parts:
• Industrializing the EMREX Registry and reviewing the ELMO standard,
• Dissemination of EMREX services and building the EMREX brand.

Naturally the activities in the second phase are affected by the COVID-19 situation.
Additional information can be found here: https://www.vietsch-foundation.org/2020/08/05/emrexproject/. 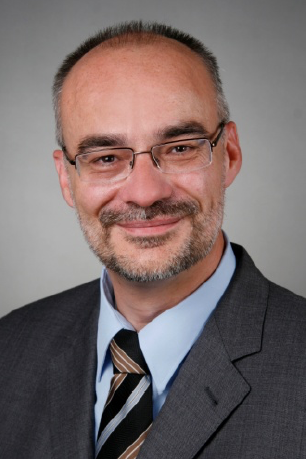 The first prototype for digitally authenticated and machine-readable certificates in Germany is running
and successfully using EMREX. In cooperation with the ministries of the federal state of North Rhine-
Westphalia (NRW), various German universities and the Stiftung für Hochschulzulassung (SfH), the
German Bundesdruckerei (BDR) has succeeded in creating a first fully functional prototype for authenticated and machine-readable certificates.

The concept of this prototype is based on the White Paper of the German Network for Digital Verification (NDN – the White Paper can be found here http://netzwerkdigitalenachweise.de/whitepaper). The prototype uses the certificates produced by German schools in PDF format, digitally authenticates them by signatures in the PDF file and simultaneously with a hash code in a block chain database. In order to make the reports machinereadable, the data relevant to the content of the report is embedded in the PDF file as an XML file in ELMO format.

In this solution, first of all the EMREX principle was reversed, in which an ELMO XML file was embedded in a PDF file and not vice versa as provided
for in the ELMO standard. The reason is that the current concept does not (yet) provide for the central storage of digital certificate files. The current (decentralised) concept envisages that the owner of the certificate (LEARNER) receives the digital certificate file himself. He can view the certificate in PDF format using standard PDF viewers or print it out, e.g. for grandparents. This would not have been possible so easily with the “PDF as attachment in ELMO-XML” variant.

However, a converter has been developed for use with EMREX which converts the format “ELMO in PDF” into “PDF in ELMO”. In this form, the certificates generated by the BDR prototype have already been successfully transmitted via EMREX to SMPs in Sweden and Norway, for example, on several occasions. In Sweden in particular, the SMP used there was able to correctly interpret almost all the transmitted data of the German certificates without the need for adaptation. In these tests, both NCPs currently operational in Germany were used, both the NCP of the University of Göttingen and the NCP of the Harz University of Applied Sciences.

For the future, we hope that this solution will become established in Germany not only in the one federal state of North Rhine-Westphalia. At the moment, this solution is also being discussed in other German federal states within the framework of the German Online Access Act (OZG). A further step would be to further expand the cooperation with the PIM project established via the University of Göttingen in the NCP tests. In order to also support W3C- and Verifiable Credential-based international approaches, Bundesdruckerei is currently working on expanding its solution accordingly.

In the context of the German Presidency of the Council of the European Union, the German Academic Exchange Service organises the two-day hybrid conference #MovingTarget2020. The conference focuses on new opportunities arising from digital transformation and discusses its effects on internationalisation in higher education. Together with international experts, we want to re-think global exchange!

The European Campus Card association (ECCA) has conducted research on the needs and requirements of a trusted Student eID credential (eIDAS compliant) that supports cross-border services. EMREX is one of the organizations examined in the report. The main conclusions in the report was that a European Student eID is of significant importance with many benefits but also the level of difficulty with the challenges outlined were rated highly.

Furthermore there is a diverse range of reports, projects and studies, all of which are relevant to the delivery of a European eID credential that supports student mobility and the provision of trusted identification and secure access to services across borders, but many of these projects are done in isolation from each other with inadequate collaboration between projects. There is a need to achieve better cooperation between the various project stakeholders and the usage of existing and emerging standards for the interchange.

What is important is the need for a trusted interoperable eID system in trying to achieve cross-border student mobility and the transfer of data securely on a global platform. This will present challenges both politically and technically that each member state will need to address.

The report can be found at https://ecca.eu/index.php/news/280-ecca-concludes-the-first-phase-ofits-student-eid-framework-project. 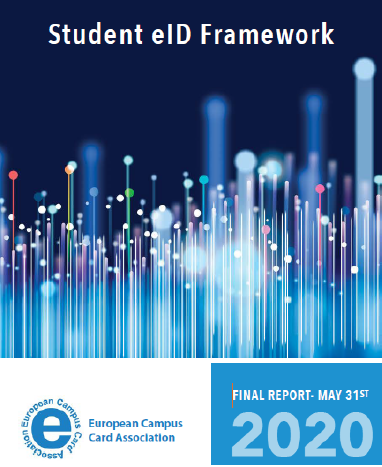 A new EU-CEF project, European Digital Student Service Infrastructure – EDSSI – is just about to be launched. The project’s goal is to establish a “Core service platform”, integrating solutions developed for the Erasmus+ infrastructure by the projects Erasmus Without Papers, the European Student Card and EMREX into the eIDAS framework.

The project has 16 partner organizations, some also from the EMREX community. The project contains a range of activities from technical solutions for authentication, security and GDPR, to establishing helpdesk support.

Some of the activities will also have impact on EMREX. This will mainly be activities connected to the ELMO format, and the work to set up a common registry which includes EMREX.

The project will last for two years.

During the fall the Executive Committee plans to pursue the activities laid out in the year plan. The EUG has also received a grant from the Vietsch foundation of €30.000 to use for dissemination and other activities. Unfortunately we are still heavily affected by the COVID19-virus so it is now impossible to know what dissemination activities are available at the moment.

Therefore we have started with one of the deliverables in the Vietsch-grant – industrializing the EMREX Registry and reviewing the ELMO standard. This includes keeping the ELMO format maintained and updated according to new demands. One specific demand here is to deliver better support for recognition and including results of recognition into EMREX. The work package also includes getting better operations conditions for the registry, both make it more reliable and more accessible.

Furthermore EMREX is part of different ongoing projects:
• EMREX participates in the PIM-project, lead by the Bundesministerium für Bildung und Forschung, for exchanging result data between Germany and existing EMREX countries.
• EMREX has a liaison with Europass concerning cooperation on the future format of Europass, to ensure the compatibility with ELMO.
• EMREX takes part in ongoing workshops with DAAD, the German Academic Exchange Service.
• The European Blockchain Partnership arose in 2018, with the first projects starting up in 2019. EMREX is represented in the Diploma project.
• Some of the members of the EMREX community take part in the EDSSI project with special mission to ensure that EMREX interest are taken in consideration.

To contact us write to info@emrex.eu. To get support write to support@emrex.eu.